Arthritis is inflammation and swelling of the cartilage and lining of the joints, usually accompanied by an increase in Joint fluid.

Arthritis, in general terms, is inflammation and swelling of the cartilage and lining of the joints, usually accompanied by an increase in Joint fluid. Arthritis is a frequent component of complex diseases that may involve more than 100 identifiable disorders.

If the feet seem more susceptible to arthritis than other parts of the body, it is because each foot has 33 joints that can be afflicted and there is no way to avoid the tremendous weight-bearing load on the feet.

Arthritis is a disabling, sometimes crippling disease; according to the Arthritis it almost 40 million Americans.
The prevalence of arthritis increases with age; people over 50 are most prone to arthritis.

Osteoarthritis: Osteoarthritis is the most common form of arthritis. It is also called degenerative joint disease or “wear and tear” arthritis. Although it can be brought on suddenly by an injury, typically its onset is gradual; aging brings on a breakdown of cartilage, and pain gets progressively more severe. Dull, throbbing nighttime pain is characteristic, and it may be accompanied by muscle weakness or deterioration. It is a particular problem for the feet when people are overweight, simply because there are so many joints in each foo and the additional weight contributes to the deterioration of cartilage.

Rheumatoid arthritis (RA): RA is a crippling disorder and the most serious form of arthritis. It is a complex, chronic inflammatory system of diseases, often affecting more than a dozen smaller joints during the course of the disease, frequently in a symmetrical pattern. Signs and symptoms include lengthy morning stiffness, fatigue, and weight loss.  It may affect various systems of the body, such as the eyes, lungs, heart, and nervous system. Women are three or four times more likely than men to suffer RA.

RA has a much more acute onset than osteoarthritis. It is characterized by alternating periods of remission, during which symptoms disappear, and exacerbation, marked by the return of inflammation, stiffness, and pain. Serious joint deformity and loss of motion frequently result from acute RA.

Gout (gouty arthritis): Gout is a condition caused by a buildup of uric acid—a normal byproduct of the diet—in the joints. The big toe joint is commonly the affected area, since it is farthest from the heart, and therefore the coldest; attacks of gouty arthritis are extremely painful, perhaps more than any other form of arthritis. Men are much more likely to be afflicted than women. While a rich diet that contains lots of red meat, rich sauces, shellfish, red wine, and brandy is popularly associated with gout, there are other protein compounds in foods such as lentils and beans that may play a role.  More recently fructose, a sugar commonly found in fruit, has also been found to cause gouty attacks.

Arthritis may be mild and involve only a few joints, particularly those at the ends of the fingers or toes. People who also have arthritis usually have the skin and nail changes of psoriasis. Often, the skin gets worse at the same time as arthritis.
Traumatic arthritis: Traumatic arthritis is a form of arthritis that is caused by blunt, penetrating, or repeated trauma or from forced inappropriate motion of a joint or ligament.

Injury to a joint, such as a bad sprain or fracture, can cause damage to the articular cartilage.

This damage to the cartilage eventually leads to arthritic changes in the joint.

When to visit a Podiatrist

Because arthritis can affect the structure and function of the feet, it is important to see a podiatric physician if any of the following symptoms occur in the feet:

Early diagnosis is important to effective treatment of any form. Destruction of cartilage is not reversible, and if the inflammation of arthritic disease isn’t treated, both cartilage and bone can be damaged, which makes the joints unstable and increasingly difficult to move. Most forms of arthritis cannot be cured but can be controlled or brought into remission.

The objectives in the treatment of arthritis are controlling inflammation, preserving joint function (or restoring it if it has been lost), and curing the disease if possible.

Because the foot is such a frequent target, the podiatric physician is often the first doctor to encounter some of the complaints—inflammation, pain, stiffness, excessive warmth, injuries. Even bunions can be manifestations of arthritis.

Arthritis may be treated in many ways. Patient education is important. Physical therapy and exercise may be indicated, accompanied by medication. Aspirin is still the first-line drug of choice for most forms of arthritis and the benchmark against which other therapies are measured.

The control of foot function with shoe inserts called orthotics, or with braces or specially prescribed shoes, may be recommended.

Not all types of arthritis are preventable. Arthritic feet can result in loss of mobility and independence, but early diagnosis and proper care can help significantly.

Osteoarthritis may be helped by correcting any faulty mechanics that lead to the joint not moving properly. Custom orthotics from your podiatrist will make sure that the foot and ankle joints are properly aligned. Controlling the uric acid level in people prone to gout helps to prevent attacks and thereby reduces the chance of associated arthritis. 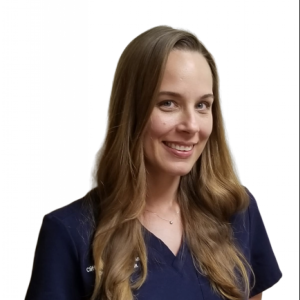 Dr. Lazovik strives to provide high-quality care to her patients at Cliffside Park Foot and Ankle Center. She is trained to address a wide range of medical issues such as bunions, arthritis, heel pain, sports medicine, flat foot, diabetic foot care, and wound care. Her office is outfitted with digital x-ray and lasers used in the treatment of fungal nails and various soft tissue injuries as well as an affiliation with a state-of-the-art custom orthotics lab.

Dr. Kenya Lazovik received her doctoral degree in podiatric medicine from the New York College of Podiatric Medicine and completed a podiatric residency training at St. John’s Episcopal Hospital in Queens. She is a member of the American College of Foot and Ankle Surgeons, the American Podiatric Medical Association, and the New Jersey Podiatry Medical Society. She is double board certified by ABFAS for Foot & Ankle surgery and by ABMSP for Diabetic Foot Care. 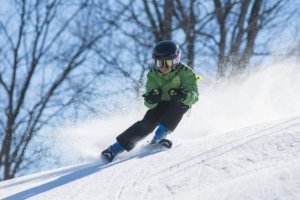 Custom ski orthotics – Are you ready for a ski season?

What is a hammertoe? 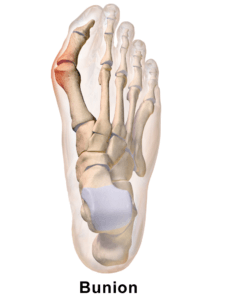 What is a bunion?